Our School App Stay connected on the go...

Students prepare to highlight their achievements in âthe Boardroomâ 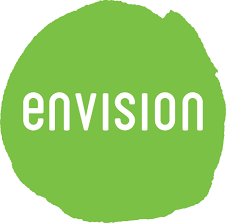 A group of enterprising students from Merchants’ Academy have been selected as finalists in the Community-Apprentice Challenge running in schools across Bristol.

The inter-school competition Community-Apprentice is a bit like the Apprentice on television.  Young people have to develop, and crucially demonstrate, skills and personal qualities whilst managing their own projects.  In this case, however, they can only win as a team, not an individual and by tackling a social problem of their choosing.

Bristol’s answer to Lord Sugar, George Ferguson, is on the search for a winning team he believes has what it takes to make a difference for others.  The final is taking place in his ‘Boardroom’ in the Wills Memorial Building on the 28th of June and the winner will be announced at an awards ceremony which will be attended by our students on 30th of June at the University of the West of England.

Team ‘Together We Can Stop Bullying’ from Merchants’ Academy have been selected as one of four teams to progress on to the Boardroom Challenge Final. They have worked really hard since September researching their problem, planning what to do about it and overcoming a range of problems to make it happen. Now they have been reflecting on what they have achieved and the impact the experience has had on themselves and others.

Team ‘Together We Can Stop Bullying’ wanted to raise awareness amongst younger children about bullying and the impact this can have on people. The team designed their own interactive workshop for primary age children, and have delivered this to year 5 classes in two local schools.  The team received very positive feedback from the children and teachers about what they had learnt, and the group now intend to adapt their workshop into a teaching resource and share this with local schools.

You can watch a short three minute film about their project here:

Another team at the school, Team ‘Pugs Not Drugs’, have been nominated for the resilience and problem solving award by the judges.

Team ‘Pugs Not Drugs’ chose to tackle the issue of drug and alcohol addiction and through their project they decided to raise money and awareness for the Bristol Drugs Project (BDP) which supports those with addictions, their carers, and dependents, including young people dealing with the addiction of a parent or loved one. The team held a fundraiser in their school, and following that success they have now been invited to run another fundraising event at the offices of healthcare company AXA PPP.

You can watch a short three minute film about their project here:

During the first round of the Boardroom Challenge both teams had to clearly articulate the skills they had developed from this experience drawing on specific examples. As well as helping them in the competition, this will provide them with examples for interviews for further education or jobs.  Employers are increasingly interested in transferable skills, like team working and problem solving, and it is important that students know how to evidence examples which demonstrate this.

Employees from Lloyds Banking Group have been mentoring the students throughout the project. Team Coach Adam Gallimore said “It’s been incredibly rewarding and really good fun working with the Merchants’ Academy students over the last few months. It’s been great being able to help coach and support the teams by using my experience of working in a large corporate. It’s amazing to see how far the students have come in a short period of time”.

Whatever the results it is clear that our students have really enjoyed this experience and gained a lot from it.

Also in the News

COVID LETTER TO ALL PARENTS

We at Merchants' Academy Primary have followed the advice from Public Health England. All parents have been contacted and advised for the entire class to isolate until the 25th November.   Children can return to school on the 26th November if they are showing no signs or symptoms.   Please follow the link below to access the letter sent home today:&n...Read More
5th November 2020

We at Merchants' Academy Primary have followed the advice from Public Health England. All parents have been contacted and advised for the entire class to isolate until the 15th November.   Children can return to school on the 16th November.   Please follow the link below to access the letter sent home today:  /1058/primary-letters-homeRead More
4th November 2020

We at Merchants' Academy have followed the advice from Public Health England. All parents and relevant students have been contacted and students who have been identified as having direct close contact are now isolating. Please follow the link below to letter sent home today: Letter-to-parents-re.-Postive-case-at-Merchants-Academy-Secondary.pdfRead More

Strong GCSE results are announced as upward trend continues at Me...

Withywood Road, Withywood, Bristol, BS13 9AX
0117 301 0805
To request a paper version of information on the website please email us as below
info@merchantsacademy.org